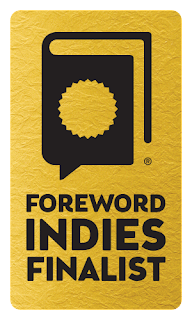 SAN FRANCISCO, TITA PASANG PRESS—Today, Tita Pasang Press is pleased to announce "Trixi Pudong and the Greater World" has been recognized as a finalist in the 19th annual Foreword INDIES Book of the Year Awards.

As part of their mission to discover, review, and share the best books from small, university, and indie publishers (and authors), independent media company Foreword Reviews hosts its annual awards program each year. Finalists represent the best books published in 2016, and submitted to Foreword Reviews for award consideration, and were narrowed down by Foreword’s editors from over 2,200 individual titles spread across 65 categories. A complete list of finalists can be found at:
https://awards.forewordreviews.com/finalists/2016/

“Choosing finalists for the INDIES is always the highlight of our year, but the choice was more difficult this time around due to the high quality of submissions,” said Victoria Sutherland, publisher of Foreword Reviews. “Each new book award season proves again how independent publishers are the real innovators in the industry.”

INDIES finalists are moved on to final judging by an expert panel of librarians and booksellers curated specifically for each genre and who will determine the books who will be named Foreword INDIES Book of the Year Award winners. Winners in each genre—along with Editor’s Choice winners, and Foreword’s INDIE Publisher of the Year—will be announced during the 2017 American Library Association Annual Conference in Chicago on June 24, 2017.

*
About Foreword: Founded in 1998, Foreword Magazine, Inc, d.b.a Foreword Reviews is an independent media company featuring a Folio:Award-winning print magazine, stable of e-newsletters, and an online platform. Foreword exclusively covers small, university, and independent (non “Big 5”) publishers, the books they publish, and the creators they work with. Foreword is based in Traverse City, Michigan, USA, and has employees and writers all over the world.
*
Posted by audrey mei at 11:12 AM No comments:

When the Story Tree Dies 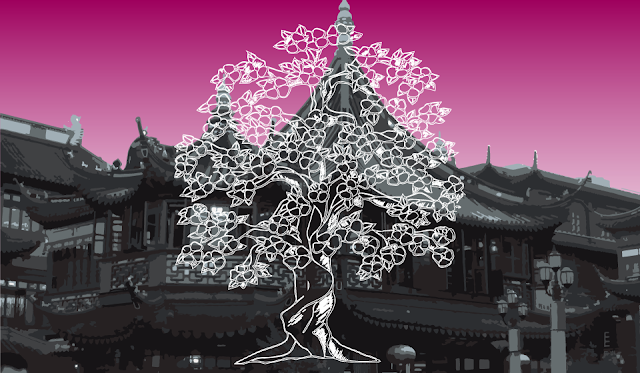 As a tourist in Beijing, the last thing you want is to have to go to a Chinese emergency room.

But there I was on a Chinese family vacation in Beijing in 2001, having lunch in a standard-issue, hole-in-the-wall restaurant that maintained standard-issue Chinese cleanliness (read: dirty). And I had just gotten a fishbone stuck in my throat. A sharp, thick, horizontal dagger of a cod bone.

Panic ensued. My sister yelled, "Your throat might swell shut and they'll have to cut your windpipe open so you can breathe!"

No! I thought. I'm not going to a Chinese emergency room! Not if it's as grimy as this restaurant!

My kid brother, eleven years old, jumped into action. He instructed me to down a teacup of vinegar, followed by a ball of rice he mashed together, to be swallowed without chewing. It didn't work. We tried again. More vinegar, another ball of rice. More panic.

Meanwhile, Dad was sitting across the round table from me. All calm.

Several minutes passed. Then Dad quietly asked, "Are you done yet?"

Aaaaand, starting the year with some basics.

I decided to start this year with a few goals to keep my book, Trixi Pudong and the Greater World, visible to new readers out there with a Goodreads Giveaway. And it looks like this:

Trixi Pudong and the Greater World

I'm not going to lie: Marketing your own creative works is hard. Making it sound easy would be a disservice to artists across the board, especially those who lack a little narcissism. But on that long road into the distance of self-promotion, I have definitely learned something very valuable: It is much easier to market a work that is finding a following and getting good reviews. Does that sound obvious? Maybe, but it's not. Many of my highly-educated, talented creative friends happen to make things that the mainstream, average consumer has difficulty appreciating. (They're far from alone.) Yet artists must follow their hearts to find their voices, hone their craft, practice their technique. Passion is the creative mind's engine -- or solar panel, wind turbine, whatever. Then, once in a while, a work will stick out and seem to surf away on the hands of an unexpected, enthusiastic audience.

Meanwhile, stay in touch with The Gritlands by following me on Facebook or signing up for the very once-in-a-while newsletter. Thank you for your support! 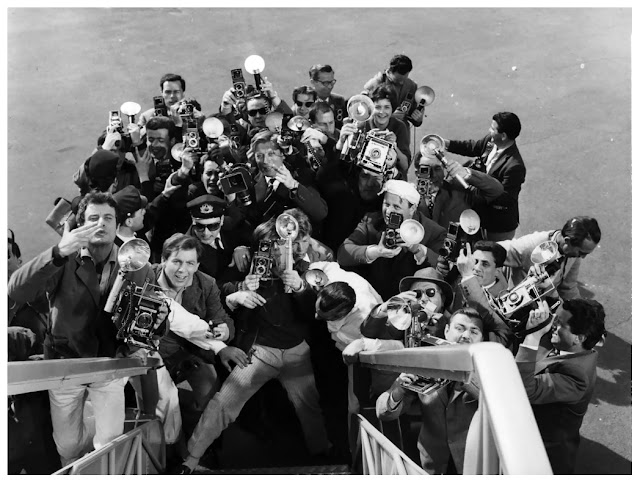 Thank you to Quanie Miller for setting up my blog tour for Trixi Pudong and the Greater World!

I'll be writing guest posts on why I wrote the book, what I learned from it, and lots of other juicy subjects that I hope will get you thinking, too. Thank you, thank you to my wonderful blog hosts for generously posting my writing. I will update these links as my guest posts go live.

Drop me a note, give me a call, catch me on my flights across the country!
(Actually... "flights" between the refrigerator and my laptop...)

And if you enjoy what you read, THANK YOU for sharing my posts. It benefits me and my blog hosts. We are all working writers, many of us indie authors, who appreciate the word of mouth.

Saturday, August 20: "Why the Difference? The Puzzle of China and the Greater World," hosted by Stephanie Faris at Stephie 5741.

Wednesday, September 7: "What? Why? How?" hosted by Linda Sienkiewicz at Linda K Sienkiewicz.

Posted by audrey mei at 3:03 AM No comments: 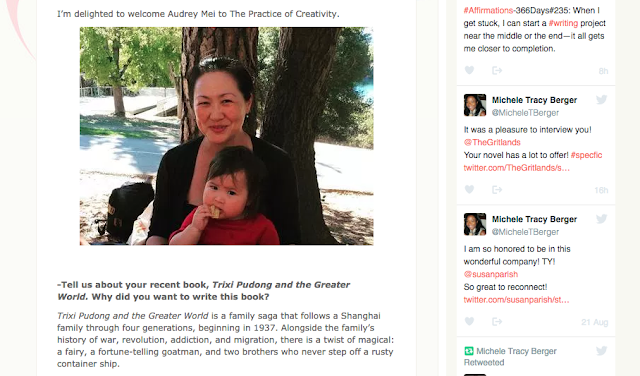 "I'm so happy to participate in the blog tour of new author, Audrey Mei. I'm grateful to Quanie Miller, a wonderful writer and blogger who helped bring us together. Given Audrey's amazingly diverse creative practices that run the gamut of music, writing, health and science, I knew she would be a great person to interview. In our correspondence, we've discovered that we have many overlapping interests.

-Tell us about your recent book, Trixi Pudong and the Greater World. Why did you want to write this book?

Continue reading at Michele T. Berger's blog.
Posted by audrey mei at 8:56 AM No comments:

My Blog Tour #4: The History of China and the World


Rich and poor.Giant and small.Upstairs the foreigners, downstairs the Chinese.The foreigners shine like gold and diamonds.And we Chinese are dull like bamboo and clay.Why the difference?
In my book, Trixi Pudong and the Greater World, Edwin Kuo is an 8-year-old boy in Shanghai, 1938, a city colonized by virtually every country in the West: England, France, the United States, Russia, Germany, Italy, and Holland, for starters. Edwin asks himself the question "Why the difference?" between the poverty-stricken Chinese and the wealthy foreigners from the world outside China's borders. He continues to search for the answer throughout the book as he sails through World War II with the British Merchant Navy, and later works as a ship's captain in Communist China.
I don't know at what point in time I decided to integrate the question of "Why the difference?" into my book. I think it began with the idea of making Edwin a very precocious little boy, despite having miserable grades at school. At my release event in Berlin on August 6, I was unexpectedly grateful that I had added this dimension into my book because there were academics and journalists in my audience who were particularly intrigued by this question. They spoke to me about it after my reading, and it was pleasant surprised for me as a first-time author.
And of course, I'm just fascinated in subjects like: Why did the West rise to power starting in the 19th century, even though humanity's greatest inventions had come out of Asia and the Middle East until then?
Specifically, how did China, a country that led the world's civilizations for thousands of years, become so poor?

My Blog Tour #3: The Anatomy of Productive Inspiration

Thank you Diedre at Pensive Pens Post for hosting me on my blog tour!

This week, I've posted about why I wrote my novel Trixi Pudong and the Greater World on Lidy Wilks' blog, and on Quanie Miller's blog about the secret to writing a page-turner that moves forward. Today I'm writing about Inspiration, how I use Inspiration as a concrete tool in my writing.

I'm one of those authors that writes backward -- to create something that moves forward. My inspiration comes from knowing where my book ends. And how the chapter ends, and how the paragraph ends.

But how do I find a good point of inspiration to work towards? Well, you know that feeling when you see a movie or read a book and that profound moment comes where you think, "This is great"?

Like the scene at the end of Sofia Coppola's Lost in Translation where...

You are an artist. You have to do it all. You write, paint, record, perform. And you work: you're a parent, an employee, a freelancer, a marketer. You are an artist in the 21st century.
This is my blog about being a creative person today. It's about the journey of constant re-invention to get through real life and the parallel adventure into expertise through dedicated practice. It is the journey into the Gritlands.
Here I share my reflections on the work process as well as short essays. I'm a writer, mother, and expat.
My links:
trixipudong.com

Thank you for buying my novel and supporting a working artist:

...And in the Skies Above the Gritlands

Promote Your Page Too

The Thousand Autumns of Jacob de Zoet
by David Mitchell

Love in a Fallen City
by Eileen Chang

The Kite Runner
by Khaled Hosseini

The Song of Everlasting Sorrow: A Novel of Shanghai
by Wang Anyi

Said the Fly
by Laurie Taylor

It Ain't Easy Being Jazzy
by Quanie Miller